Communicating at the Speed of Life #rcc2013

Communicating at the Speed of Life #rcc2013

I spent three days last week attending the 2013 National Convention for the Religion Communicators Council. I have been involved with the local DFW chapter for almost a year, but this was my first experience with the national organization.

The RCC Convention opened with an incredible display of love, peace, and understanding. It was a moment that provided great hope that peace is possible. When a Jordanian Christian, an imam, and a Jew all spoke about how the foundation of their faiths are rooted in two primary truths: to love God and to love their neighbor.

All three religious leaders spoke about the impact and influence social media has in our world. All agreed that the silence of those who hold true to this foundational belief gives way to the extreme views and violence.

Rev. Nabil Hadded proclaimed that the actions of hatred and violence in the West ignites violence in the Middle East. When one person acts out and burns a Koran, it sparks outrage and intolerance in a part of the world that lives on the edge of chaos. At the same time, social media provides an opportunity to encourage voices that are being silenced: voices of love, peace, and acceptance.

Dr. Rashied Omar presented passages of the Koran that echoed the teaching of love God and love for others. He spoke out against the extremist views of a few Muslims and agreed that social media gives a voice to those who are pursuing to live in peace in their daily lives.

Lindsey Mintz wrapped up the panel by thanking her peers for the work they are doing and challenged the communicators in the room to take the messages of love and peace they received and spread it to their audiences.

Later that evening, the DeRose-Hinkhouse awards dinner brought together a group of communicators from a variety of Christian denominations including Methodist, Lutheran, Presbyterian and others, as well as other faith groups including Baha’i  and a variety of religious non-profits. All celebrated the work of their peers in communicating their faith in print, digital, broadcast, photography, and graphic design.

The workshops, tours, and awards all worked to carry out the true purpose of the Religion Communicators Council and it’s annual convention –the professional development, networking, and recognition of religious communicators – who are indeed communicating at the Speed of Life.

Workshops focused on social media and storytelling taught participants how to use social media platforms like Twitter and Facebook and best practices for communicating in these spaces. Tools to make communicating more effective in our digital world included email, mobile, video, as well as social media.

I participated in a tour of the Indianapolis Motor Speedway, which provided an opportunity to learn more about the history of the Speedway and the ministry there that is reaching the racing community. Not only did I learn that the first race at the Indy track was a balloon race, but it also provided a time to connect with others on the tour, talk about their ministry’s, what their struggles are, and learn what they are doing to spread the word of their great efforts.

Then, an ironic twist for a convention focused on social media and digital communications… a breakfast keynote on taking a digital diet. We learned from Daniel Sieberg who works with Google marketing, about the importance of putting the phone down, unplugging, and being present with the people around you. It seemed nearly everyone in the room related to the struggle to find that balance between work demands and having personal time. The three-day event concluded with the recognition of excellence in communicating religious issues, values, and themes in the public media at the Wilbur Awards dinner and ceremony. National broadcasters, journalists, reporters, writers, producers, and more received recognition for their efforts to raise the awareness of religion and faith in our culture. The event wove the messages that educated audiences on different religions, the impact they have on local communities, and the hope they give to those who believe and act according to their teachings.

By the end of the three-day convention, hope shined through. By communicating faith as a love for God and love toward others, peace among a multitude of faith groups IS possible.

As for me, I was greatly encouraged to see church communicators thinking strategically about their branding, marketing, and communications efforts. I met people who realize the importance and impact social media and digital communications can have and desire to learn how to use it more effectively to engage their audience. 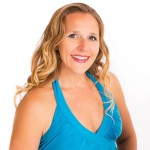 Andra Dunn has long held a passion for utilizing technology to drive marketing and communications efforts. In the ever-changing world of digital marketing, Andra has spent the past fifteen years refining her industry knowledge and applying her expertise in helping small businesses and non-profits tell their stories and effectively engage their audiences.

Twelve Lessons I Learned at the Skatepark

This site uses Akismet to reduce spam. Learn how your comment data is processed.